For our tenth annual event, we went big! #NMX ran from November 9, 2018 through November 11, and the marathon was filled with friends and families. We played games like Super Mario Party and Mario Kart 8 Deluxe on the Switch, and the kids played Nintendo Land on the Wii U for hours (literally.) A full house at #NMX!

Our marathon gaming session in  2017 went from Friday, November 10th through Sunday the 12th, and was our first marathon to feature the Nintendo Switch, released earlier in the year. We played the just-released Super Mario Odyssey, as well as Mario Kart 8 Deluxe and Super Bomberman R. We also went through some 16-bit classics on the SNES Classic Edition, and had a few tournaments on the Wii U with games like Nintendo Land, Super Smash Bros., and Mario Party 10. 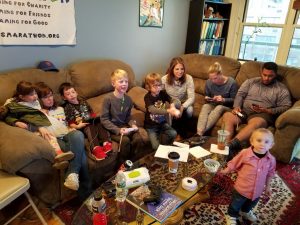 The gang’s all here!

Nick’s Marathon 2016 kicked off on Friday, December 2nd, and was a fun, bleary-eyed weekend of friends, games, and junk food. With our NES Classic Edition, we spent a big chunk of time in full 1980’s mode, with Punch-Out sessions and epic Dr. Mario tournaments. We also played more contemporary games, like: 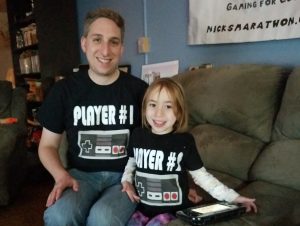 In 2015, Nick’s Marathon began on Friday, November 13th, and it was an absolute blast! We played a ton of Super Mario Maker, Super Mario 3D World, Mario Party 10, and plenty of other games that don’t involve Mario, such as: 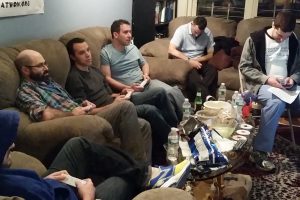 An intense game of Mario Chase

The 2014 Marathon kicked off on Friday, November 21st, ran through Sunday, November 23rd, and it was positively SMASHING. Yes, this marathon was timed with the launch of Super Smash Bros. (and amiibo), so not surprisingly, we spent a lot of our time brawling with each other and trying to unlock as many characters as possible. We also played: 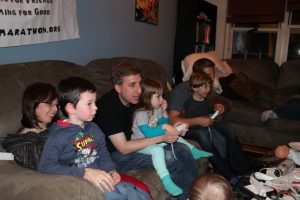 The kids take their gaming seriously

The 2013 Marathon took place between Friday, November 22nd through Sunday, November 24th.  It was right as Super Mario 3D World came out, and we dedicated a lot of our time to playing that game! We also had a brand new Xbox One, and we took Call of Duty: Ghosts for a spin as well!

In addition, we played:

The grown-ups lost that round

The 2012 Marathon took place between Friday, November 23rd and Sunday, November 25th.  It was the first full weekend the Wii U was available, and we spent most of the Marathon playing Nintendo’s latest system.  We successfully beat New Super Mario Bros. U once, and came within inches of doing it again when a player accidentally hit the “power” button on the GamePad late on Sunday night.  Oops!  Here’s what we played:

In 2011, Nick’s Marathon moved from the fall to the winter, and took place from January 21st through the 23rd.  We spent most of the weekend struggling to get through Donkey Kong Country Returns, which proved to be far tougher than DKC2, which we had battled with back at the first NM in 2008!  Our 2011 games list consisted of: 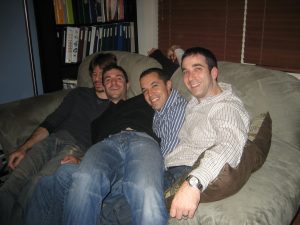 The 2009 Nick’s Marathon started on the night of Friday, November 13, 2009 and went until late in the evening of Sunday, November 15 – after we *finally* beat New Super Mario Bros. Wii, which had just gone on sale earlier that weekend! 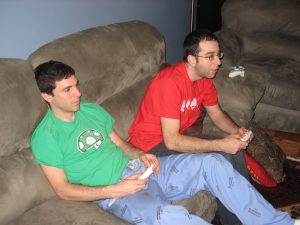 The first Nick’s Marathon took place from the night of Friday, October 24, 2008 until late on Sunday, October 26. We were exhausted when we wrapped up—having never attempted such a feat before—but it was worth it!

The games we played were: 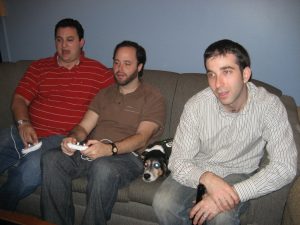 Sherlock couldn’t use his paws to work the controllers, but he provided valuable moral support.