We’re a wrap on our entire weekend of Mario games! Thanks to everyone who watched our Twitch feeds!

Click one of the streamers to view their stream!

Details on this Year’s Virtual Marathon

As you might imagine, the 2020 Nick’s Marathon is going to look very different from years past. Normally, the NM crew would be gathered in a New York City apartment, playing video games together. But because of COVID-19, that’s simply not an option.

Instead, we’re going virtual! We’ll still be gaming all weekend, but from our own homes. We’re focusing mostly on Super Mario games, and we’ve created a “Scoreboard” to keep track of our progress. Over the course of the marathon, we’ll be writing things like:

Will we get a bit competitive over who can put up the most impressive stats on certain games? Probably! Will we be able to finish them all? Maybe! The fun part is finding out. And you’ll be able to watch us all play — at the same time — right here at nicksmarathon.org.

Imagine a screen that looks like this, only with Mario games:

And you’re invited to not just watch, but also chat with us while we play. Let us know that you’re tuning in, who you’re rooting for, and how we’re doing!

We hope you’ll join us for this year’s marathon!

Every year for Nick’s Marathon, a bunch of people cram into a Manhattan apartment for 48 consecutive hours of video gaming. But this year, in the midst of a global pandemic, that simply isn’t going to work.

So, we’re mixing things up.

In 2020, we’ll be gaming together, but apart. Many of the usual Nick’s Marathon “players” will be taking on different games, and you’ll be able to watch them all at once!

And, in honor of Super Mario’s 35th anniversary — and the release of Super Mario 3D All Stars — we’ll see how many Mario games we can get through in a single weekend. Will we be able to beat Super Mario Sunshine? Who can finish Super Mario Bros. the fastest? Is there any chance that one of us can get 100% completion on Super Mario World 2: Yoshi’s Island? (Highly doubtful on that one…)

You’ll be able to watch multiple live gaming sessions at the same time. And while you watch, you can make a tax-deductible donation to a great cause!

It all starts at 8PM EST on Friday, November 20, 2020. In the meantime, you can also support us by buying a limited-edition Nick’s Marathon face mask!

Coming off our biggest and most successful event ever, we are thrilled to announce the date of the 2019 Nick’s Marathon!

As always, we’ll be live-streaming the action here at nicksmarathon.org, where you can chat with us and make a tax-deductible donation as we raise money for families in need.

We’ll see you then!

To celebrate our 10th anniversary, we are offering limited-edition hoodies, t-shirts, and tote bags! 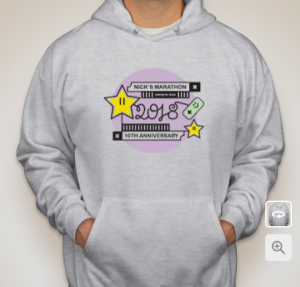 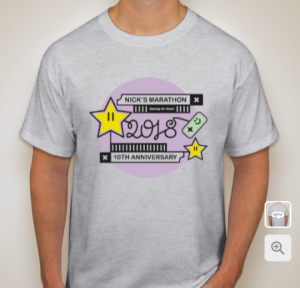 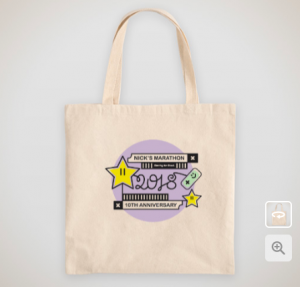 We’ve set up a collection through Custom Ink. But act fast—these items disappear on Friday, November 23! While you’re there, you can also add an additional donation to your purchase.

If you don’t want some of this super-stylish swag (for some weird reason), you can always make a direct donation here.

The first Nick’s Marathon started ten years ago today. Before our tenth event kicks off on November 9, here’s a look back at the first decade of Nick’s Marathon. 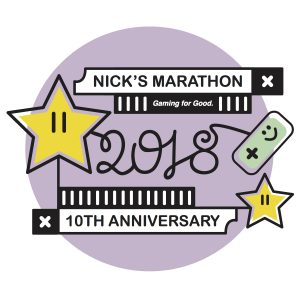 On October 24, 2008, we started our very first Nick’s Marathon. We’ve come a long way since then—raising tens of thousands of dollars for the Ronald McDonald House of Long Island and other organizations that improve the lives of sick children.

Ten years later, we still miss Nick terribly, but we’re keeping our commitment to keep his memory alive. Our 10th anniversary logo, designed with love by Nick’s sister, Tara Capobianco, is a symbol of what we’ve accomplished so far and our promise to keep moving forward.

We’ve got a lot of fun things planned this year as we celebrate this milestone… stay tuned for more details!

Nick’s Marathon 2017 Will Take Place On…

We have officially set the date of the next Nick’s Marathon: we will kick things off on Friday, November 10, 2017 at 8pm, and continue through 8pm on Sunday, November 12th.

As always, we will spend those 48 hours playing a variety of video games, all live-streamed on nicksmarathon.org. Visitors to the site are encouraged to watch us, chat with us, and donate to our cause.

This year, we are continuing to raise money to buy video games and handheld systems for the Ronald McDonald House of Long Island. RMH-LI is expanding, and the games we give to their locations serve as a welcome and much-needed distraction for families going through incredibly difficult times.

If you don’t want to wait until November 10, you can certainly make a tax-deductible donation right now.

What will we be playing at Nick’s Marathon 2017? We’ll mix it up with older and new games, but expect to see some 16-bit favorites courtesy of the SNES Classic Edition, and the newest Mario title, Super Mario Odyssey.

We’ll have more announcements about this year’s Marathon soon, so stay tuned! 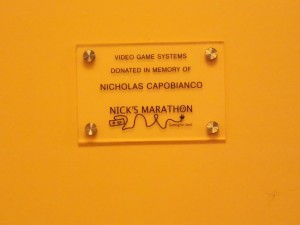 This year, you have two ways to support our cause. You can:

Either way, you’ll be making a positive impact on the lives of children and families in crisis.

Thank you for your continued support, and we’ll have more information as we get closer to December 2nd!